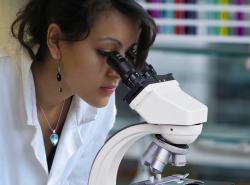 PathoSys® will initially provide reporting at The Royal Oldham Hospital, North Manchester General Hospital and Birch Hill Hospital (Rochdale). PathoSys® will continue to provide dataset cancer reporting once pathology services have been centralised at the £18 million ‘super-lab’ at the Royal Oldham Hospital. The building is due for completion in November 2007, and represents a key part of the move by the NHS to modernise pathology services across Oldham, Rochdale, Heywood and Middleton, Bury and North Manchester. The central Oldham lab will handle routine samples from both hospitals and GPs across the whole area, with urgent analysis done on site.